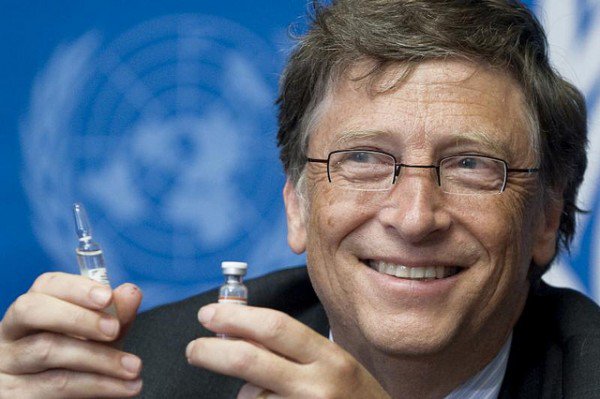 A few months before the outbreak of COVID-19, on October 18, 2019, the Bill and Melinda Gates Foundation, in cooperation with the World Economic Forum, hosted the “Event 201”, in which a global pandemic and the dire outcome of such calamity was simulated.

The suspicious timing of such an event, in light of the COVID-19 outbreak, two months later, should give everyone a moment of pause. Especially when considering the following developments; The introduction of a “Quantum Dot Tattoo” implant and the implementation of “ID2020”

What is a “Quantum Dot Tattoo”?

Following, on March 18, 2020 during a “Reddit ‘Ask Me Anything’ session,” Gates proclaimed that he is working on the so-called “quantum dot tattoo” implant that enables the Government to track who has been tested for COVID-19 and has been vaccinated against it.

BioHackInfo.Com stated: “The quantum-dot tattoos involve applying dissolvable sugar-based micro-needles that contain a vaccine and fluorescent copper-based ‘quantum dots’ embedded inside bio compatible, micron-scale capsules. After the micro-needles dissolve under the skin, they leave the encapsulated quantum dots whose patterns can be read to identify the vaccine that was administered.”

Picture describing the application of a quantum dot tattoo on the skin through vaccination from Science Translational Medicine, December 2019.

In light of the Pandemic, a COVID-19 vaccine is already undergoing accelerated R&D and is expected to be introduced for implementation within a year. And there is a high probability that forced vaccinations will become a part of the draconian laws implemented by the New World Order henchmen. Machiavellian engineered disaster like the COVID-19 pandemic, coupled with the mass hysteria fueled by the main stream media, are designed to convince the sheep to take “the shot”. The One World Government Advocate and Illuminati Member David Rockefeller knew exactly what is needed to bring about a One World Government, when he stated: “We are on the verge of a global transformation. All we need is the right major crisis.”

Dependencies are the key to Conformity

The New World Order can only be implemented in stages. A high degree of dependencies must preclude the enactments. And such programs have been implemented for decades. Socialist doctrines are making the masses dependent on the Government. There is a saying that nothing is for free and we may soon get to pay for the “free stuff” with our freedom. Government assistance programs can easily be used as the pretext of forcing vaccinations on people, when they are dependent on it. Take the SNAP program as an example. In 2019, around 38 Million people nationwide depend on the Supplemental Nutrition Assistance Program (SNAP) to not go hungry every day. Now imagine the Government cutting off all food assistance to people who refuse to take the mandated COVID-19 vaccine. How many people will chose the vaccine in order to not see their kids and themselves starve?

These draconian programs will be supported through the dissemination of massive 24/7 fear-based propaganda campaigns by the main stream media hacks, who sold their soul for a paycheck and a pension a long time ago. MSNBC, CNN, ABC, the New York Times, the Washington Post, just to name a few, are masquerading as news organizations. In reality they are a massive propaganda machine controlled by the New World Order. These propaganda organizations including their liberal social media counterparts the likes of Twitter, YouTube, Facebook and search Engines the likes of Google, are gaslighting their unsuspecting audience.  But the COVID-19 mass hysteria also serves a more sinister purpose; a program allowing the Government to track and catalog the masses.

Biblical prophecies foretell a period in the near future, when every person will be required to have a universally recognized unique identification number in order to travel, buy or sell goods and services or participate in society. The compulsory numbering system will be administered by the Antichrist and his global-governing system. If you read the bible, you immediately are reminded of it:

“So that they could not buy or sell unless they had the mark, which is the name of the beast or the number of its name. This calls for wisdom. Let the person who has insight calculate the number of the beast, for it is the number of a man. That number is 666.” Revelation 13:17-18

Gates is also working overtime on what is called the “ID2020 Certification Mark”, which according to reports utilizes “immunization to serve as a platform for digital identity”. The Gates Foundation has also formed an alliance with Accenture, IDEO, Gavi, and the Rockefeller Foundation to realize this ID2020 project. 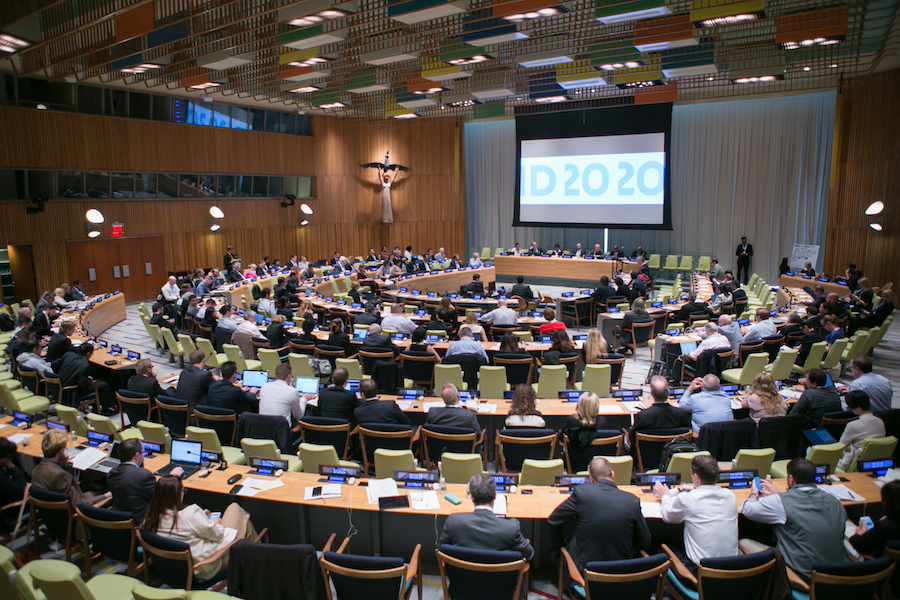 ID2020 Summit: Harnessing Digital Identity for the Global Community on May 20, 2016.(Photo: www.JeffreyHolmes.com)

The time has come for the New World Order advocates to take advantage of a major crisis. The COVID-19 epidemic provides the perfect opportunity to execute the first large scale implementation of the digital identity platform.  Big Pharma is now officially partnering up with hi-tech industries to pair “immunization” with “digital biometrics” by implementing mandatory vaccinations with implantable microchips. This means humans will soon be microchipped, tracked, and controlled, before commanded to the slaughterhouse, through the global identification matrix called ID2020.

If you would like to read more about the true intentions of the United Nations Agenda21 and Agenda 2030, which are the overlying Schemas of draconian programs like the ones described in this article, I recommend the following piece posted on this website: https://noonegetsoutalive.com/news/agenda-21-the-truth-is-stranger-than-fiction

Inviting the Demons into your home

Have you ever heard of that old Fable that you need to invite Count Dracula into your home before he can enter? So the “friendly Neighbor dressed in black” with a devious smile is asking for some assistance, in order to gain their trust. The unsuspecting person promptly invites the Count into their home. Game Over.

Enter COVID-19 Bill, HR 6666 and Bill Gates Crypto Slavery patent 060606. Patent WO/2020/060606 was registered on 26 March 2020. No, you can’t make this stuff up! And yes, truth is stranger than Fiction. As it could not been made anymore obvious. You may not believe in such a thing, but the demon possessed New World Order Henchmen certainly do. By putting it into legislation YOU invite the Count into your home. And by being force Vaccinated you will receive the mark of the beast. Gates 060606 microchip will be ready soon.  In a blog post on April 30, Bill Gates wrote, “We need to manufacture at least 7 billion doses of the vaccine.” He said the vaccines should be distributed “as soon as the first batch is ready to go”.

It could be argued that there are many “demonic creatures” walking the earth. Some of them are truly evil human beings with ill intentions. Some of these evil people are masquerading as philanthropists. They have acquired great power and influence. Among them are Sociopaths and Psychopaths, whose sole intent is to acquire more control to rule the world. They may be human. Nevertheless, they are on the same mission as Satan itself.

“Dear children, the last hour is here.
You have heard that the Antichrist is coming,
and already many such antichrists have appeared.
From this we know that the last hour has come.”
– 1 John 2:18