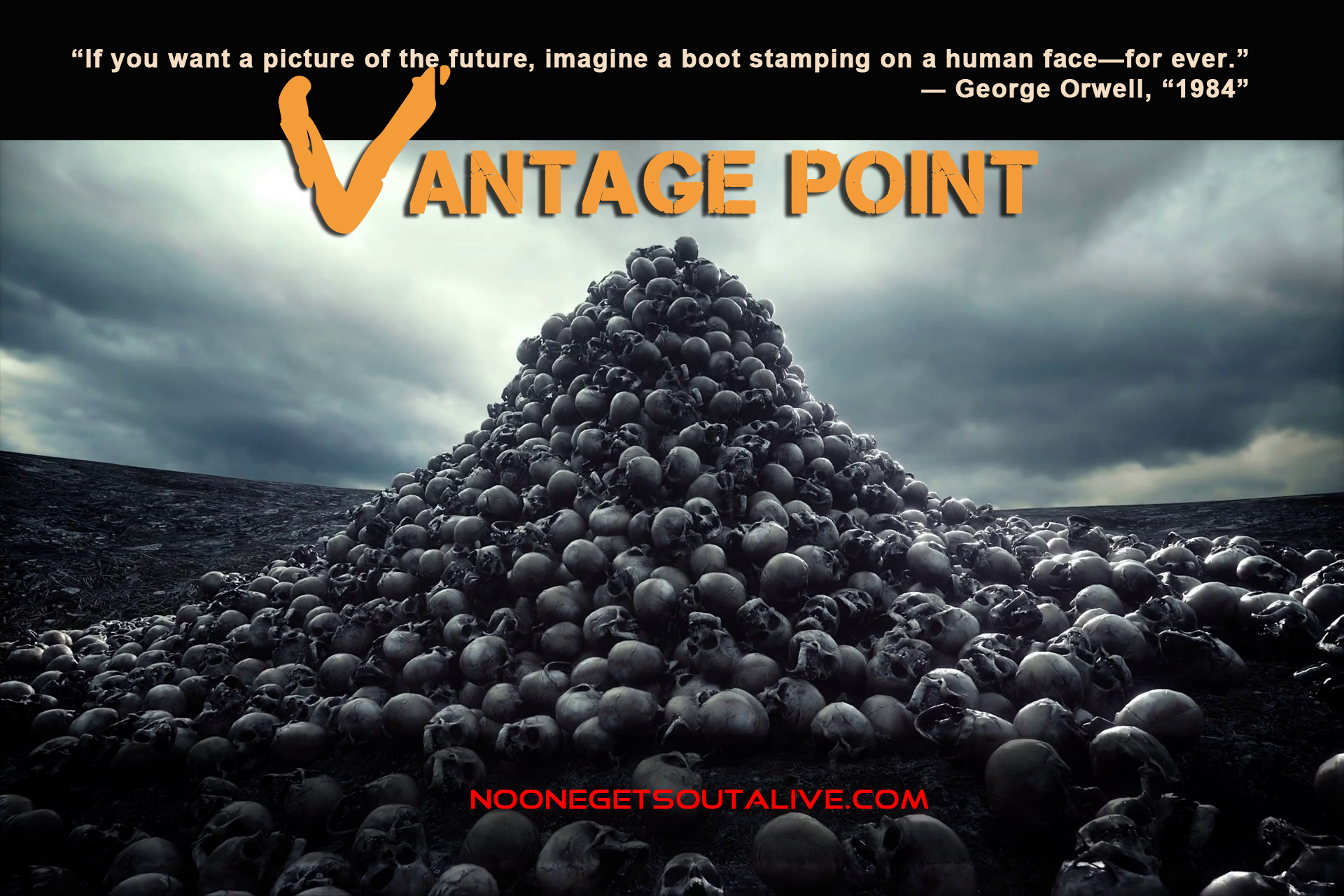 Chapter One: The NEW WORLD ORDER – The viewer is introduced to the history of the real power structure, with their plans to create a New World Order; a One World Government. This chapter explains to the audience the reasons for the existence and collaboration of the Council on Foreign Relations, the Trilateral Commission, the Federal Reserve, the Illuminati, the Bilderberg Group and others.

Chapter Two: Introducing the AGENDA 21 and AGENDA 2030 – This chapter depicts the Agenda 21 and the subsequent Agenda 2030 “Sustainable Development Goals.” Agenda 21 is not an environmental movement, it is a political movement which seeks to control the world’s economy. It pursues to dictate its development, captures and redistributes the world’s wealth. “Vantage Point” highlights the true Agenda of Globalism and a One World Government, as it is going to be forced upon all the citizens of the world through coercion and the Agenda 21 | 2030. The process locks away land and resources, and plans a central economy, while controlling industry, transportation, food production, water, and the growth, size, and location of the population.

Chapter Three: SOFT-KILL PROGRAMS – Established mass Depopulation soft-kill programs are already well underway. This chapter explores the deadly effects of Geoengineering the atmosphere as well as GMO’s, Endocrine Disruptors and Glyphosate in the food supply and Fluoride in the water. The film sheds light on deadly vaccines and the development of exotic viruses, in addition to the dangers of microwave exposure through the latest G5 technology. The film reveals today’s social engineering, mass delusions, learned helplessness, cultural invasion and mind control programs. In short this chapter elaborates in great detail how the globalists are preparing the planet for a post-human era.

Chapter Four: MACHIAVELLIANISM – Create a problem | Shift the blame to the victims | Offer a solution.

Example 1 | Climate Change: This chapter provides a thorough analysis of the engineered climate change agenda. As revealed in “No One Gets Out Alive!” the prequel documentary film, “climate change” is caused by Geoengineering and actually a false flag operation designed to convince people to support their own extermination, while Geoengineering will be rolled out as the attempt to save the planet. In reality, Geoengineering is a multifaceted weapon system being deployed to ultimately eliminate human life on Earth while terraforming the planet for other agendas.

Example 2 | Mass Migration: The mass migration plan has been in progress for some time, but it has been accelerated in recent years. Masses of people are flooding the US borders as well as continuing to swarm European countries. The film highlights the consequences for the citizens, as the crime rate grows exponentially. “Vantage Point” expands on the open border policies and who is behind it. Clearly it is a staged Agenda, with sponsored terrorism and genocide at work in the Middle East. The Globalist Forces driving desperate people to seek asylum elsewhere, as the US and European mandates inviting in as many as possible over its open border policies. And all in concert, as the UN is using migration to undermine European national homogeneity. The clear goal of Globalism is to dissolve borders, destroy nation states and de-industrialize the developed countries.

Chapter Five: AN ORWELLIAN DYSTOPIA – George Orwell wrote the Novel “1984” in 1948. In this political fiction novel, in which practically every public and private place in the world is under surveillance through “telescreens,” that also broadcast announcements, news, and propaganda. They are the sleepless eyes monitoring every move, every word, every facial expression, and every involuntary reaction of every person in the effort to detect thought crime. This sounds all too familiar to “awakened people” in 2019, as the political Agenda is shifting toward this dystopian world view. In this chapter the film takes a closer look into “smart devices” spying on their owners and social media surveillance. The documentary sheds light on social engineering programs and the gradual dumbing down of people. The film revisits 9/11 and the ensuing Patriot Act, and its subsequent mass surveillance programs, i.e. PRISM, Utah Data Center. It also has a close look into the rollout of “RFID chipping” and other spy technologies, including G5 wireless technology.

Chapter Six: POLITICAL HENCHMEN | CORRUPTION AND POLICIES – “Vantage Point” also sheds light onto the corruption on both sides of the political spectrum. The film highlights the resurgence of Fascism in developed Western Countries, reaching from the United States to Germany. Today we experience a massive polarization between Globalism, supported by a socialist structure and Nationalism, supporting Free Market Ideas. This chapter focuses on the pros and cons of both political ideologies, yet also depicts the clear relationship of the UN Agenda 21/ Agenda 2030 and the leftist-socialist / globalist doctrines.

Chapter Seven: THE ENDGAME | MASS GENOCIDE – For the New World Order, a one world government is just the beginning. Once in place they will engage in their plans to exterminate 90% of the world’s population, while the “elites” plan to live forever by merging with machines. Futurist Ray Kurzweil: “We’re going to become increasingly non-biological to the point where the non-biological part dominates and the biological part is not important anymore.” The film emphasizes that Kurzweil’s transhumanist utopia will not be available to most of humanity but instead will be the domain of a wealthy aristocracy. The ruthless elite will simply exterminate the mass of humanity, leaving the world to the elite.

A DOCUMENTARY FILM WITH AN ACTION PLAN

Many people who are struck by the overwhelming realization of the UN Agenda 2030 and what is about to unfold, are asking: “What can we do about it?”

To answer this question, the film is cross cutting between two stories. While the main narrative depicts the geopolitical developments of the Agenda 2030, leading eventually toward an engineered societal collapse, the other story shows the foresight of the protagonists, preparing for such emergencies, or natural catastrophes. In the final chapter, the documentary is covering the entire spectrum, from making simple, effective changes to increasing dramatically the Ready State. Also encompassed is political activation and other means to awaken the masses; highlighting that the best method of dealing with the problem is preventing it.

The leading role is depicted by the Director Walter Schmidt himself, who has extensive experience in emergency preparations and self-defense training. Walter taught for over 3 decades martial arts as well as “Preparation and Protection Programs” on three continents. His students range from civilians to US Special Forces Operators. In this part of the story, we observe him training in Europe and the US, with experts in their field, as he is expanding his personal knowledge.

In the following sequence, Walter leads us to remote places in North America, scouting locations for building a homestead. 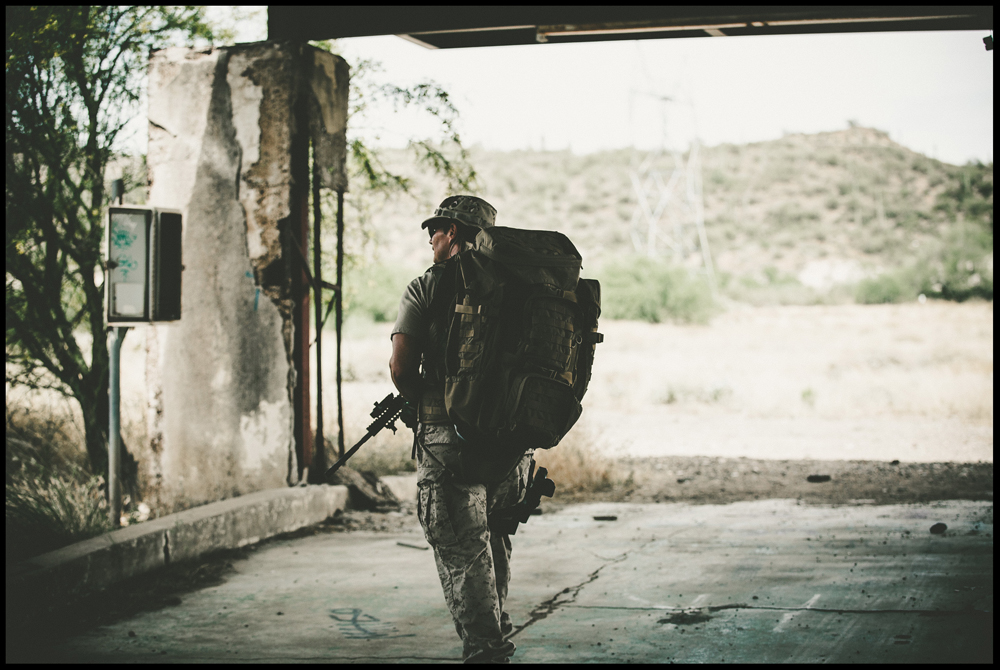 We observe his uncompromising training and readiness programs, covering all aspects of personal disaster preparations. Enclosed in the preparations is strategic planning, gear selection, team building and a rigorous physical and mental training curriculum, including hand to hand combat and first aid. Also covered are off-grid living and organic gardening. While going through the preparations process it becomes evident how vital the “search for meaning” is in our lives, which is the existential driving force for survival. We follow the progress, while overcoming limitations, such as age and injuries, and turning to a highly competent survivalist with “a very particular set of skills.” 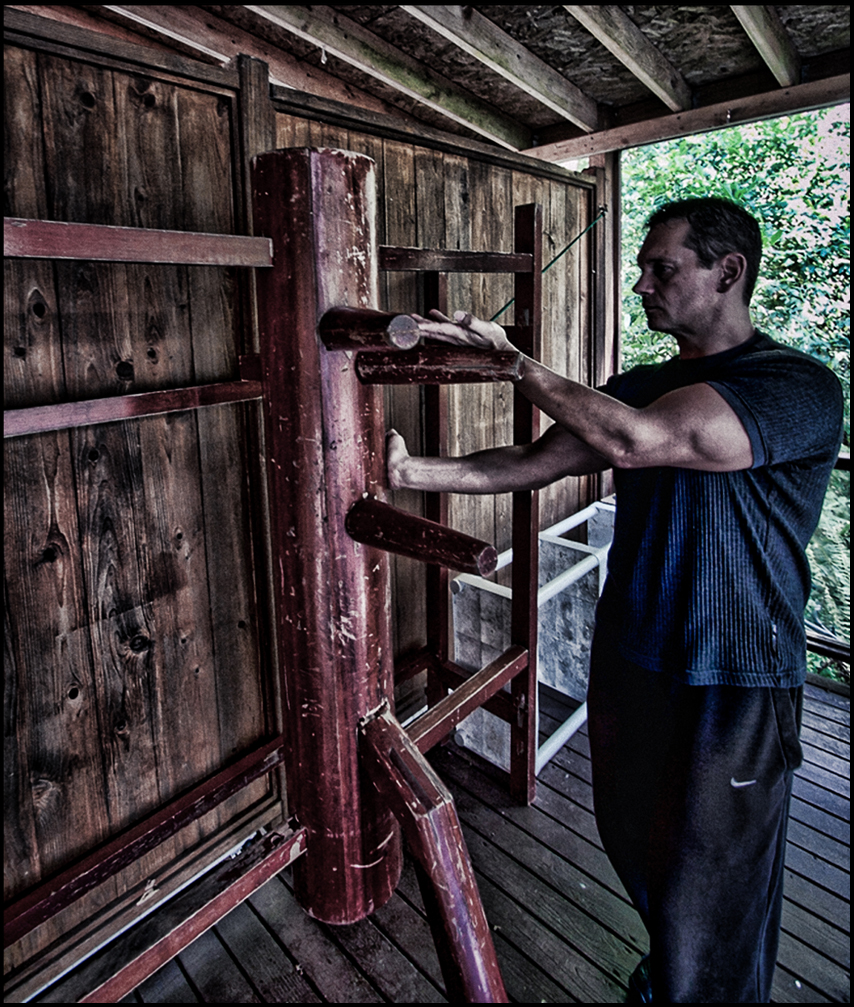 Walter is as of this writing 56 years of age and had to overcome multiple traumatic injuries. He explains injury “workarounds” and dives into “Demand-Oriented Nutrition” hacks, providing testimony that we all can increase our state of readiness, while improving our well-being at the same time, regardless of your age or gender.

In phase two of the program, Walter expands the preparations, from personal to environmental development, where he leads us on a journey for major strategic relocation preparations, and offering an in-depth look at all facets of disaster preparations. As we follow him to seek out a remote location for building a long-term off-grid emergency homestead. We watch as the simple homestead is being built in the remote wilderness. Finally, we observe the restoration of an old and tired off road vehicle, being restored, re-emerging as the perfect bug out ride.

Conclusively, we have witnessed throughout history how Evildoers had their days in the sun. Yet none of them ever succeeded in reaching their ultimate goal. The finish line, to suppress human kind. With this sense of optimism that Good will eventually win over Evil, we have to be prepared for some difficult times ahead of us. We have to take Chances and a victory is not guaranteed. Yet, the reason for being prepared is summed up in a famous quote by Louie Pasteur, who once said: “Chance Favors the Prepared Mind and Opportunity Favors the Bold.”